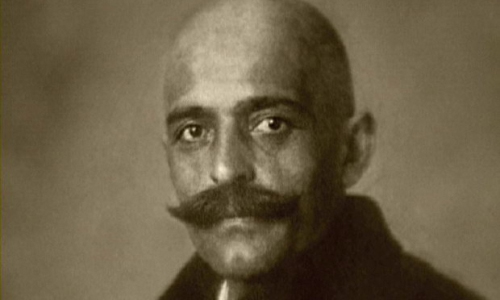 George Ivanovitch Gurdjieff (1866-1949) G.I. Gurdjieff was born in Alexandropol, close to the frontiers of Russia and Turkey, circa 1866. Finding that neither science nor religion answered his questions about the meaning of man’s life, he became convinced that an ancient knowledge must exist and could still be found on Earth. After twenty years of search in remote parts of Central Asia and the Near East, he returned to Russia in 1912. Settling near Paris in 1922, he established the Institute for the Harmonious Development of Man at Fontainebleau. In 1924, he made the first of a series of visits to America. In 1929, he moved from Fontainebleau to Paris where he continued writing and working with a small number of students until his death in 1949.

“A man as a whole…is almost exactly comparable to that organization for conveying a passenger, which consists of a carriage, a horse, and a coachman. In the case of the real man, the passenger is the owner of the carriage…Before our nature was spoiled, all four in this team – horse, carriage, driver, master – were one; all the parts had a common understanding, all worked together, labored, rested, fed at the same time.

… But the language has been forgotten, each part has become separate, cut off from the rest. Now, at times, it is necessary for them to work together, but it is impossible – one part wants one thing, another part something else. The point is to re-establish what has been lost – this is the purpose of development…

…the power of changing oneself lies not in the mind, but in the body and the feeling.”

G.I. Gurdjieff and His School